Dispatch from a Closed Park

What’s it like to be one of 10 people living in the Cades Cove Ranger district of Great Smoky Mountains National Park when it is closed for COVID-19? Here are seven words: Quiet. Isolated. Incongruous. Oddly lonely. Overwhelmingly grateful.

It’s a beautiful spring, one of the most beautiful I remember in the six years I’ve lived in Walker Valley, and I’m acutely aware of how lucky I am to be quarantined within a closed national park. After work I often go on a walk up Tremont Road. The only sounds I hear are the tumbling water of the Middle Prong, the song of a Red-eyed Vireo, Black-throated Green Warbler, Northern Parula… the sounds of a normal spring in the mountains.

I think I was secretly hoping for some kind of dramatic wilderness takeover: otters frolicking freely down the middle of Tremont Road, black bears dining in our Council House, and bobcats seizing the opportunity to finally learn to drive our vans. So far, though, the most striking change is the absence of humans.

In a world of spring fecundity, unfurling, growth, and new discoveries every day, it’s incongruous to look at the West Prong trailhead parking lot and see it empty. To not hear airplanes overhead, or off-road vehicles roaring down Upper Tremont road spraying gravel dust. To drive the road and find not a single pull-off occupied by a fisherman or a family having a picnic. To find no humans, aside from my co-worker, who, on his walk home, decided to lie down in the middle of the road, sprawl across the double-yellow-line, and peer through his binoculars at a bear on the far hillside.

This time of year we’d normally have had thousands of students and adults come through our doors. Instead, like most of the world, we’ve entered a temporary limbo; it feels as if we’re bears who misfiled “hibernation” on their calendar and decided to go into torpor in March instead of December. Instead of our usual, busy spring, we’ve pulled into ourselves, into a place of contemplation, a place of dormancy. 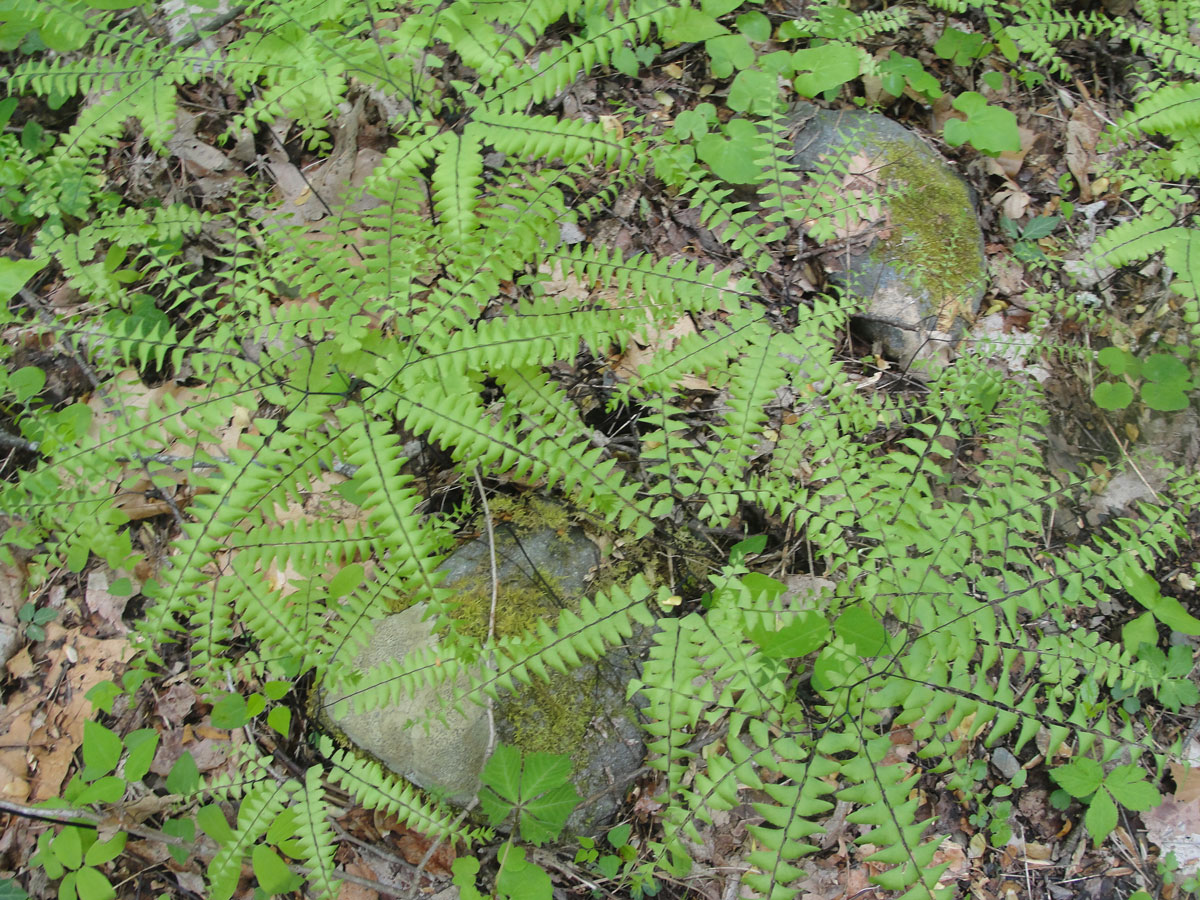 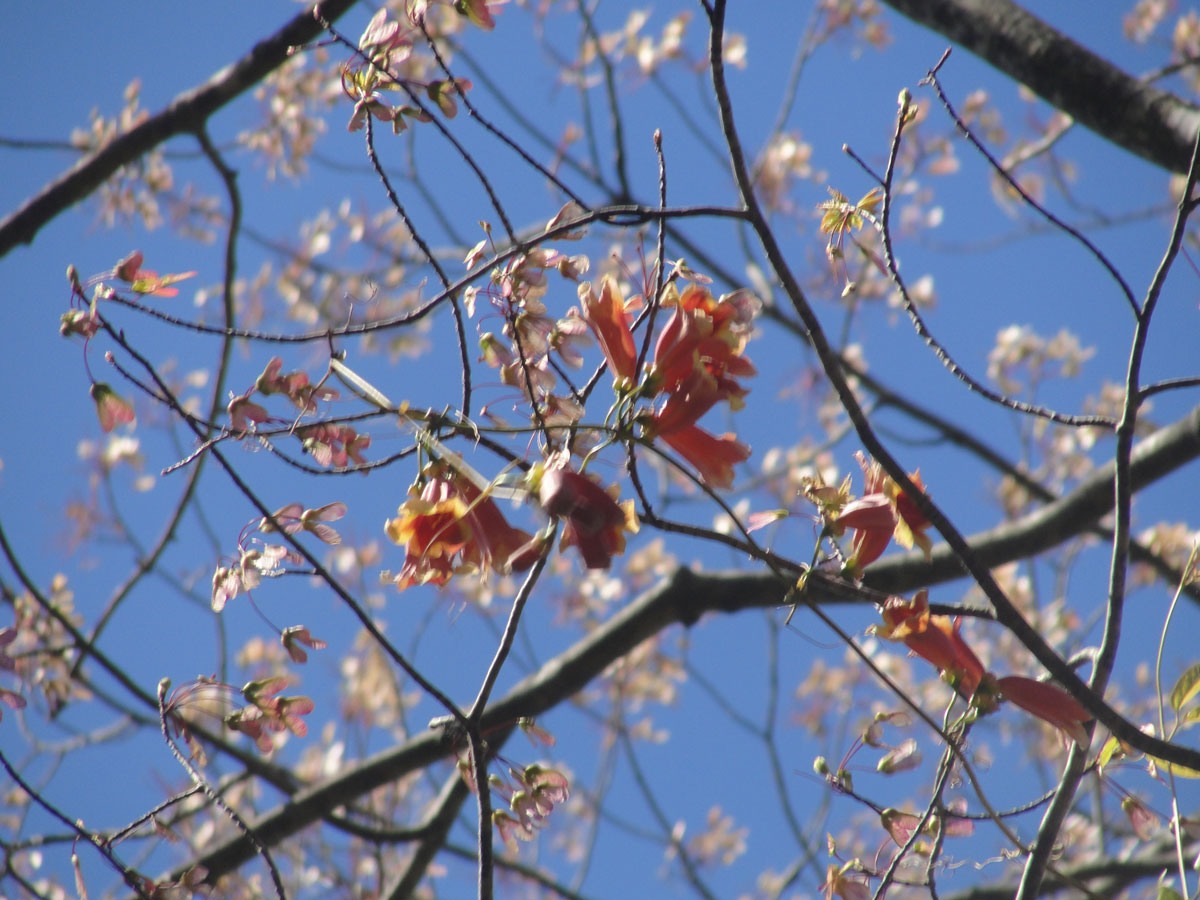 Dormancy is not a state of inaction. During late fall plants build up carbohydrates in their roots and store nutrients for the winter. Winter dormancy protects plants from exposure to cold temperatures that could potentially rupture cells and damage the structural and functional integrity of the plant. At the same time, plants begin to prepare for spring, roots deepen, buds swell, waiting to break open when light returns. Sound familiar?

As we isolate and protect ourselves and our communities, perhaps we too will find the capacity to deepen our roots, to unfurl in new ways, and perhaps even to find new connections that were previously inhibited by our busy lives. Prior to the pandemic, the Natural Sounds and Night Skies division of the NPS estimated that there were only a few locations in National Parks in the lower 48 where a person could listen for 15 minutes without hearing a human-made sound. With an average of 4,000 to 5,000 planes within 25 miles of Tremont’s airspace every single day, the Great Smoky Mountains is not usually one of those locations. This week, during a full 12-hour day outside, I heard only seven planes. The sky was clear blue with no contrails.

What other new discoveries are found in silence?

Maybe the absence of humans is a dramatic reversion to wilderness. The Wilderness Act, signed into law by Lyndon Johnson in 1964, used this absence to give a new definition to landscape:

“A wilderness, in contrast with those areas where man and his works dominate the landscape, is hereby recognized as an area where the earth and its community of life are untrammeled by man where man himself is a visitor who does not remain.”

That certainly describes most of the park right now. There have been multiple attempts to designate the Smokies as official Wilderness, and currently 464,544 acres of the backcountry remain in the bureaucratic limbo of either recommended or proposed Wilderness Area. To maintain that designation and have any hope of proceeding to full Wilderness Area designation, the backcountry must comply with wilderness management principles—minimal signage and infrastructure, small group sizes, no blazes (except the AT), etc. These principles are in place to to give rise to something greater: the opportunity for animals, plants, fungi, bacteria, and, yes, humans, to roam, exploring the limits of their own will within a place. 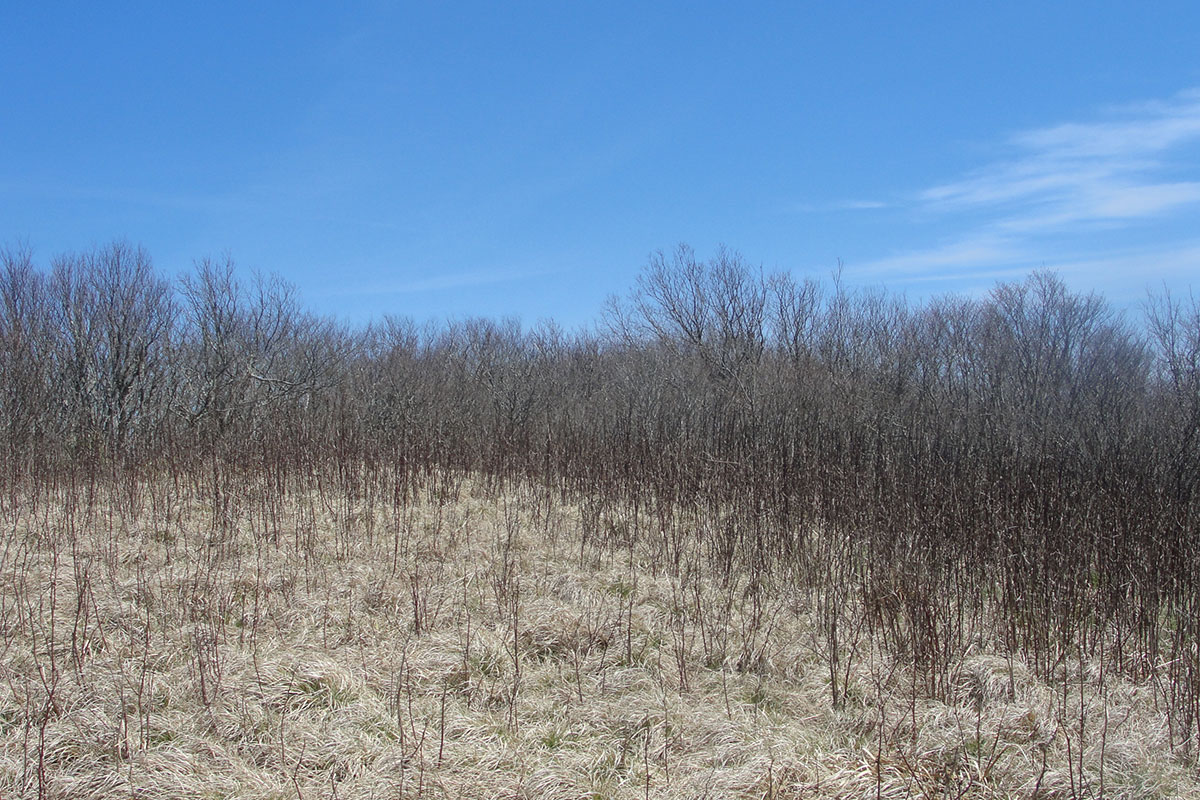 Last week I watched three otters fish for their evening meal. They wove their way upstream, diving, scrambling, tumbling over rocks. One caught a 15-inch-long trout and consumed it, tail to head, in less than five minutes. Another watched me, making silent eye contact each time she emerged from the water. Over time her caution waned, and she crawled onto a rock and groomed her mate, rubbing and wriggling her head against his body like a puppy. The water reflected the blue and orange light of a late afternoon and the otters slipped in and out, camouflaged by the shadows on the rapids. Did I see this otter because the park was closed? Because the absence of people left her emboldened and more willing to venture into “public” spaces? Perhaps. Then again, perhaps not. How would I know? How could I know?

Familiar sounds return to Walker Valley. Released from houses and apartments, people flow back into the park, packing the parking lots. They are eager to splash in the creek, fish their favorite holes, and share in community with family and friends. Despite all that is a wilderness, it is also the People’s Park. It was founded, in part, to provide space for the people to reconnect with their heritage and to experience their own inner wildness. And now, after months, the people are here. And I am so, so glad to see them.