This past September I lost my friend and hiking companion Herb Coleman. Before his passing at age 90, he attended more hiking weeks at Tremont than almost anybody alive.

Herb discovered us in the early 2000s through Road Scholar, an organization that offers learning adventures around the world including through partner organizations like Tremont. With nearly a thousand destinations to choose from across North America alone, we’re lucky he found us. In a way, Tremont was the needle in the haystack he would keep visiting for nearly the rest of his life.

Born in 1929 in Jersey County, Illinois, Herb was the only child of “dirt farmers,” as he called them, who tilled fields with a horse and plow. His education began on the farm where he raised guineas, ducks, chickens, and cows. The school he attended had only seven pupils, and because of its isolated location, the teacher boarded with Herb’s parents weeknights and on Fridays returned to town by car. A creek without a bridge blocked the way to town, so Herb and other boys would help her cross it on foot.

‘’We didn’t know enough not to be happy,” Herb said about his childhood, echoing a sentiment shared by many of his generation. 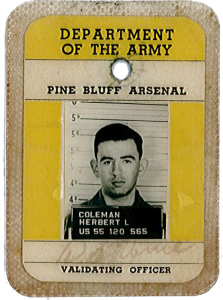 Electricity came to the farm in 1949 as a result of President Franklin Roosevelt’s New Deal. Herb was nineteen and his parents welcomed the wooden poles now dotting the countryside. A speech impediment prevented others from understanding what he was trying to say until high school when he received help from a therapist. After college he was drafted into the Army during the Korean War, and later he earned an MBA from Washington University in St. Louis. He spent his career working for SoHio Petroleum and later McDonnell-Douglas Corporation. He never married, living most of his life in the county of his birth.

Herb liked to hike and spent more time doing so after retirement, especially in national parks. Once he found us started returning twice a year—each April and October—for more than a decade. Middle Prong Trail, Cucumber Ridge, and Finley Cane number among the many paths I hiked with him over the years.

Five years have passed since I last saw Herb. He stopped coming when the drive became too much. Long before that we started keeping in touch through letter-writing. Updates about his garden and the farmland he leased painted a picture for me of his corner of the world. And his handwriting, always in cursive, brought us closer far more than I think emailing would have.

It is not an overstatement to say that Tremont had become part of Herb’s family. For years, he corresponded with former Tremont staff as well. How lucky am I to have befriended someone twice my age with whom I got to spend so much quality time in the woods! Someone whose quiet companionship and worry-free temperament were blessings to me during what were often hectic times. Someone who wanted to stay connected and keep the conversation and sharing going. Thank you, Herb. I’ll miss you.

Your Legacy Can Create Life-Changing Experiences in the Smokies

If you would like to create a lasting legacy of connecting youth, educators and families to nature through life-changing education experiences in the Smokies, we invite you to consider including Great Smoky Mountains Institute at Tremont in your estate planning. Doing so is typically a simple process, and we are here to guide you through any questions you may have and help create the legacy that you envision. Please contact our Development Manager, Caleb Carlton, at 865-448-6709 or [email protected] to learn more about this type of gift or for assistance getting started.