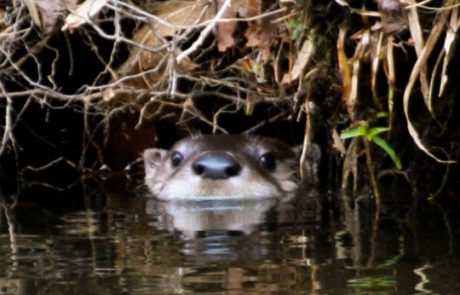 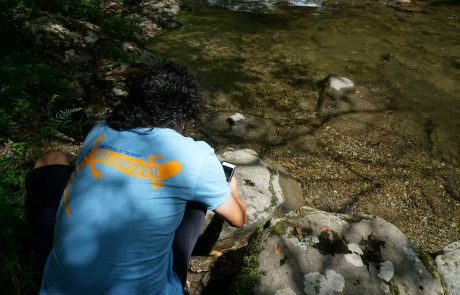 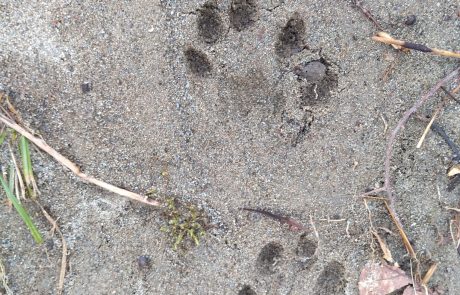 Otters in the Park

Who doesn’t like otters? They are impossibly adorable, cunning, quick, sleek, and intriguing creatures. We are naturally drawn to an animal that appears to spend much of its time at play. In addition, they are important aquatic predators and have a vital positive impact on the streams they occupy, increasing fish and mussel diversity, contributing to water quality, redistributing nutrients, etc.

But have you seen one in the Smokies? Chances are, they’ve seen you as you take a leisurely drive along Little River road or stop to admire the bubbling, rushing river as you hike to Abrams Falls. Sightings of otters in the Smokies are becoming more frequent as their population has grown to a healthy level.

As you’re out enjoying the Smokies, post your observations of otters or otter sign (scat and tracks) on our Otter Spotter project page using iNaturalist. If you’re not sure what you saw, be sure to ‘request ID help.’

If you saw an otter but weren’t able to snap a photo, no worries! You can still post an observation describing what you saw. Be sure to indicate an accurate location on the observation map. If you found otter scat or tracks, post a photo!!

Over time, you will help us gain a clearer picture of otter distribution in this national park, and identify areas to focus our research efforts.

Join our project today and become an Otter Spotter!

River otters were eliminated from the Smokies by the early 1900’s due to habitat destruction and uncontrolled trapping for their valuable fur. In 1986, the National Park Service began a reintroduction program, and over the course of 8 years, 137 otters from North Carolina, South Carolina, and Louisiana were trapped and released into various drainages in the Smoky Mountains. Initial monitoring efforts showed that the otters took well to their new homes, but no long-term monitoring program was established.

The otters have quietly lived and reproduced here, protected from trapping and slowly filling their niche as top predator in our mountain streams. Today they are believed to be present in every drainage of the Smokies, but we don’t know how many there are or how they are distributed. That’s where we come in!

We have formed an all-star collaborative team with Tremont Institute, Maryville College, and Great Smoky Mountains National Park to facilitate this community science project aimed at collecting baseline data on our otter population in the Smokies.