Just how lucky can one person get? One of my favorite trails in the entire national park is located only a few miles away where Tremont Road ends. Consider hiking Middle Prong Trail at the start or end of your next Tremont visit. You won’t regret it. 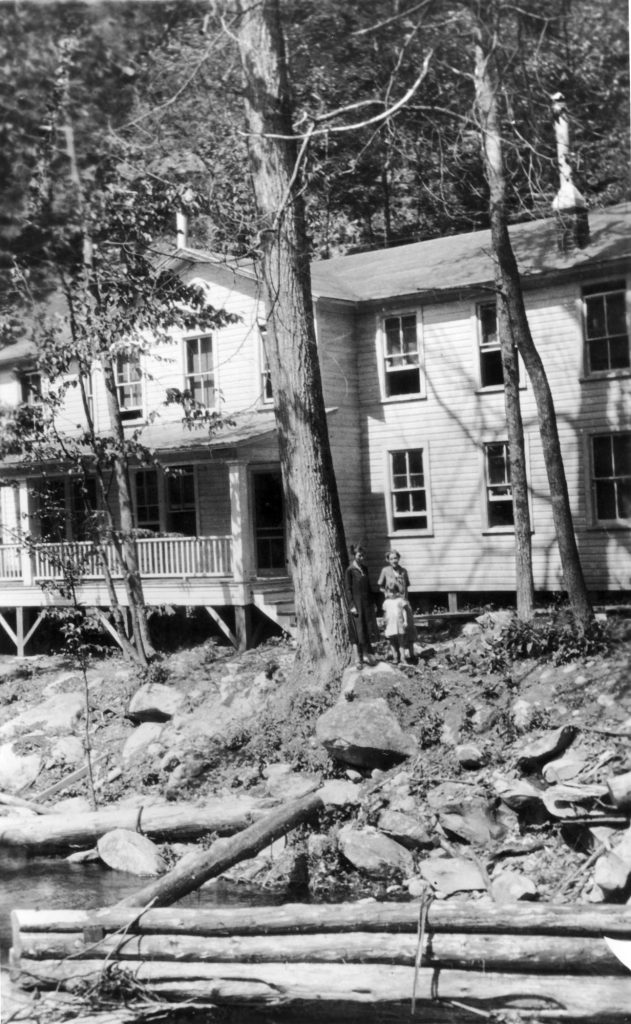 Prepare yourself for welcome surprises on this lovely woodland path. Signs of history lurk everywhere though they’re not always obvious. For example, stand on the bridge at the trailhead and look down on the left hand side. A dynamo once supplied electricity to a hotel near here in the 1920s and 1930s. Pieces of iron are still visible on a boulder below.

You happen to be standing in what back then was the heart of a bustling town—the original Tremont—founded by the Little River Lumber Company. For an entertaining read about what living here was like back then, look no further than Dorie: Woman of the Mountain by Florence Cope Bush.

The entire length of the trail is comprised of an old railroad bed once used for hauling timber. The trail’s name is misleading because in fact it lies entirely along not the Middle Prong but Lynn Camp Prong. This tributary together with another, Thunderhead Prong, join to form the Middle Prong of the Little River, visible off the righthand side of the bridge.

The ridge separating the two tributaries is named for Ann Davis who helped to found the park movement in the 1920s.

Roughly a half-mile up the trail you’ll spot Lynn Camp Prong Cascades, or what old-timers I’ve talked to call Panther Falls. After going roughly another quarter-mile, search to your left for parts of an old railroad trestle that once spanned the river here. A section of an American chestnut log that supported the trestle is still visible in the stream bank. A splash dam also was once erected in this area. Long ago, Will Walker, patriarch of Walker Valley, granted the English Lumber Company permission to log trees and float them downriver from the dam, in exchange for constructing an access road that connected his home to Three Forks (now the Townsend Wye).

About two miles from the trailhead is located what guidebooks claim is a Cadillac. But according to a gentleman who once worked in Tremont company town and stopped by our gift shop a number of years ago, it is a Packard. Either way, don’t expect to hitch a ride. Rusting here since the 1930s, it has found a permanent parking place. Hidden from view, it can be found by following an easily visible spur trail that leads off the main path. Look for it on the right along a long straightaway before one reaches the Panther Creek Trail junction. 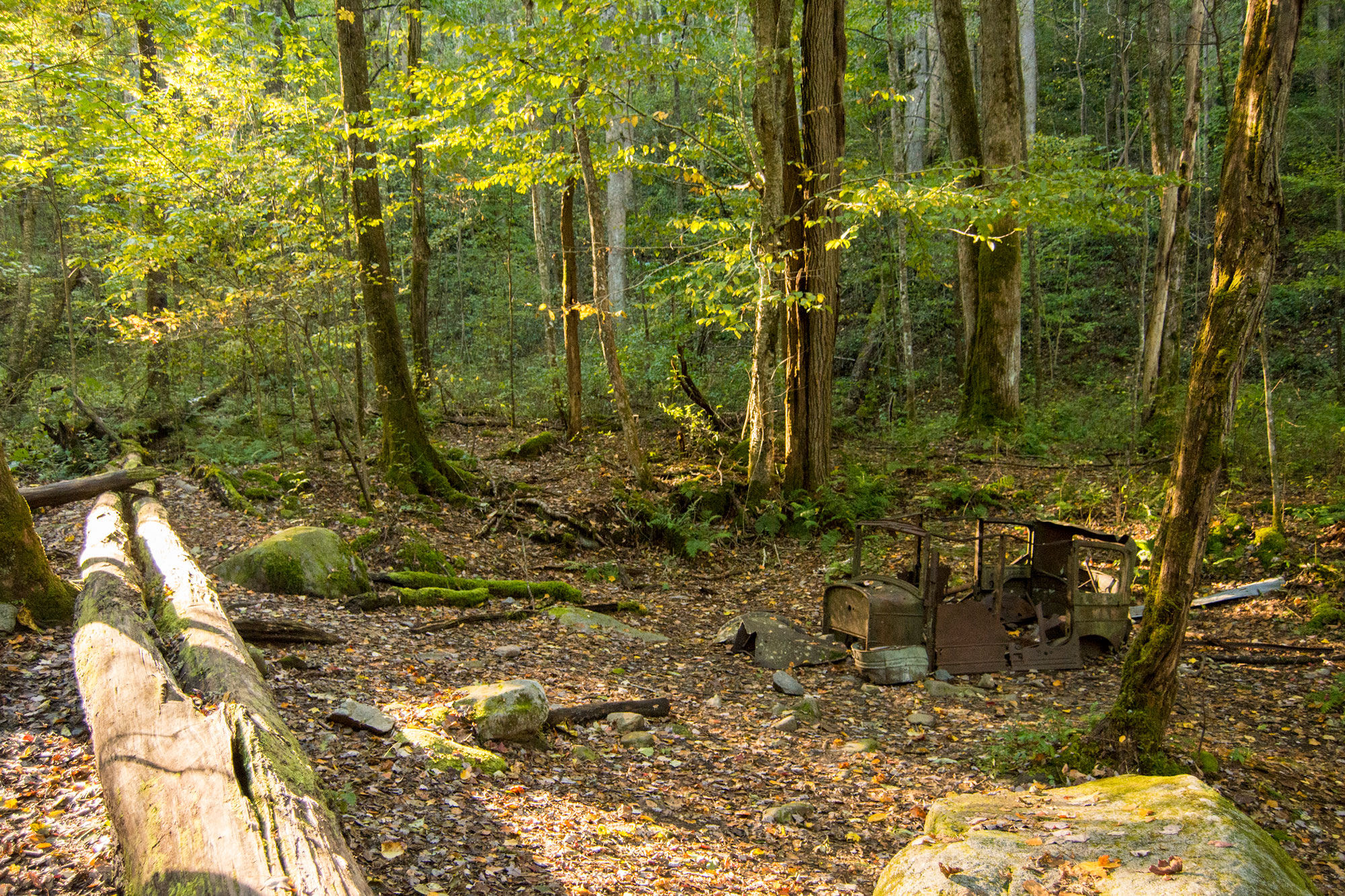 A rusting Cadillac (or Packard) located off of the Middle Prong Trail. Photo by Kimberly Weber.

Another mile up the trail marks the former location of the Middle Prong Civilian Conservation Corps camp, where the 1461 Company once operated. The tiered mountainside indicates where bunkhouses once housed 172 men. A pile of chimney stones reveals the location of the dining hall. Another smaller brick chimney, also part of the CCC camp, stands on the opposite side of the trail. The camp had a swimming pool and a water-driven power plant, which powered a public address system. Between 1933 and 1937 the “CCC boys” who lived here built 32 miles of foot trails, 10 bridges, 34.7 miles of horse trails, and 14.9 miles of truck trails. Their reward? Thirty dollars at the end of each month, nearly all of which was sent home to assist their families who were struggling through the Great Depression.

The trail eventually crosses Indian Flats Prong on a flatbed bridge and winds steeply uphill. Look carefully on your right for the remains of another railroad trestle constructed out of American chestnut. Further uphill at the second switchback, a narrow, rocky spur trail leads to hidden Indian Flats Falls. It’s a perfect place for taking a brisk dip, followed by a nap, before returning to civilization or trekking even deeper into the back of beyond.