Why we are changing “Citizen Science” to “Community Science”

If you have ever watched a monarch butterfly float erratically through the air,the idea of these delicate insects traveling a few miles, let alone thousands of miles, might seem implausible. If you were ever skeptical that these seemingly fragile critters could survive a mass migration, you are not alone! Throughout the 20th century, the very concept of butterflies traveling such distances was controversial among western scientists. One well-known naturalist scoffed that “the idea that [monarchs] returned North like birds…is simply another of those endless nature myths.” Though the native Mazahua people of Mexico were well aware of this enormous migration, western researchers had still not located the overwintering grounds of Monarchs–or been able to prove their theories of mass monarch migration—as late as the 1970s.

That is, until ecologists and monarch enthusiasts Paul and Norah Urquhart of Canada found a clever way to track their migration: the application of small adhesive tags that would not damage the fragile wings and were too light to impede monarch flight. These tags each bore unique numbers, which were recorded along with the date and location and then applied to the underwings of hundreds of butterflies. If someone found a monarch with a tag anywhere in the USA, they could contact the researchers and indicate the number associated with the butterfly’s tag. A monarch with a tag found in Florida, for example, would contact Paul and Norah, who could look up the unique number on the sticker to learn where and when the tag was originally applied. In this way, they could start to track the movements of monarchs. Two people alone, however, cannot tag very many monarchs! In 1952, Paul put a call out for volunteers to assist in the efforts. That year, only 12 people responded, but by 1971, 600 volunteers from all ages and backgrounds responded to the call!

By enlisting the help of hundreds (and now thousands) of volunteer participants, Norah and Paul slowly started to see patterns, learn routes, and track the movements of these incredible butterfly journeys. 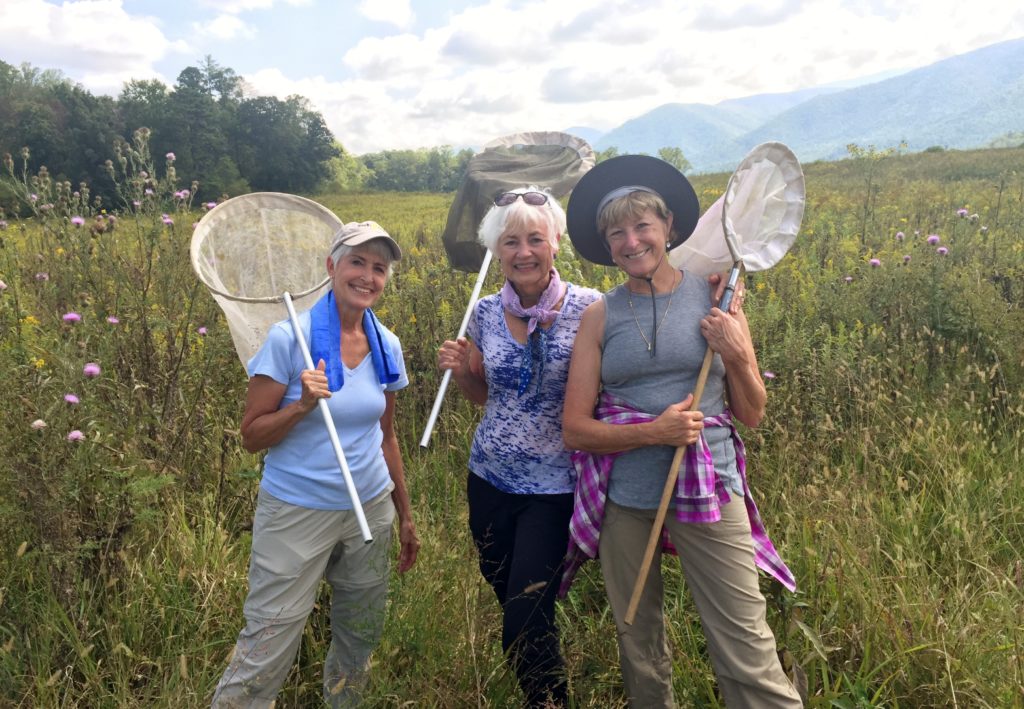 Monarch tagging is one of the best-known examples of “citizen science.” Put simply, citizen science is a way for researchers to broaden their reach and capacity for data collection and observation. In practice, however, the power of this collaboration extends beyond simply crowd-sourcing information to input into databases. The observations of these trained volunteers have exponentially expanded our ecological knowledge and the reach of education and conservation efforts worldwide.

By enlisting the help of hundreds (and now thousands) of volunteer participants, Norah and Paul slowly started to see patterns, learn routes, and track the movements of these incredible butterfly journeys. However, participation was limited to those in the US, and Norah soon realized this was insufficient. She reached out to multiple Mexican newspapers, and after following several leads within the country, Paul and Norah arrived at the “Mountain of the Butterflies,” in Mexico’s Sierra Madre, where they summited and stared in wonder at trees completely covered in orange and black wings. Moreover, the most incredible discovery of all: one wing bore a white tag! Placed there by a volunteer in Minnesota, that tiny round dot helped to confirm this incredible international migration.

…being involved with local, national, and international research connects each participant to a wider community, all working together to understand our planet.

We now know that monarchs travel upwards of 3,000 miles from Northeastern U.S. and Canada to reach their overwintering sites in Mexico. We also know that this journey can span up to five generations. That means the monarchs that leave Mexico in the spring could be the great-great-great grand-butterflies of those that will return south the following winter! We know this, in large part, because an international community of people lent their time and curiosity to help connect the dots of this nature mystery.

Though the word “citizen” in citizen science does not denote the nationality of those who observe, it has become a limitation. At the heart of this kind of collaboration is the network of people empowered to use science to gather data that provides insight into the inner workings of the ecosystems in which they live, regardless of citizenship or country of origin. Just as importantly, being involved with local, national, and international research connects each participant to a wider community, all working together to understand our planet.

This is why Tremont is joining other leaders in environmental science education in transitioning from “citizen science” to the more inclusive and accurate term “community science.” From Monarch tagging to air and water quality surveys, from salamander counts to bird banding, the data that will help us understand our local bioregion and beyond is collected by anyone who is curious, engaged, and willing to apply their skills of observation.

If you are interested in joining our community through one of Tremont’s many community science programs, please follow this link or contact me directly at [email protected] to get involved.

I look forward to observing with you!
Erin Canter
Manager of Science Literacy and Research